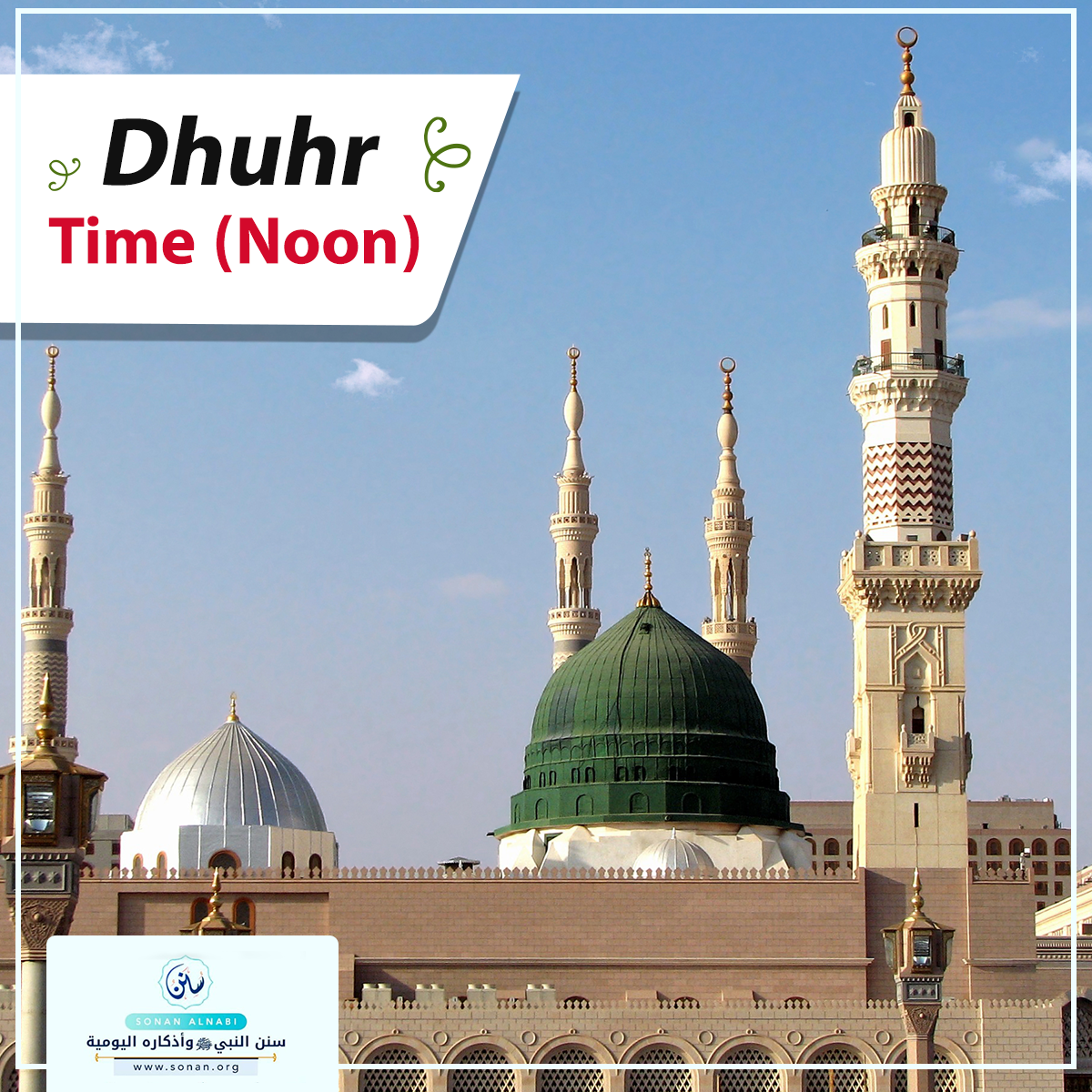 “The Iqāmah for Dthuhr prayer would be made, and any one of us would go to Al-Baqee‘, relieve himself, perform ablution and come back to the mosque, and the Messenger of Allāh (PBUH) would still be in the first Rak‘ah, prolonging it.”

Thus, it is Sunnah to prolong the first Rak‘ah of Dthuhr prayer. The same is applicable when a person prays alone, and also for a woman when she prays Dthuhr. Unfortunately, this practice is one of the neglected Sunan, may Allāh, the Almighty, make us of those who are eager to apply the Sunnah and adhere to it.
3- Delaying Dthuhr prayer when it is very hot, until it cools down:

“If it is very hot, then pray Dthuhr prayer when it becomes cooler, as the severity of the heat is from the rage of Hellfire.”

Shaykh Ubn ‘Uthaymeen, may Allāh have mercy on him, said, “Thus, if we say that Zawāl in summer is at 12:00 p.m. and ‘Asr is at 4:30 p.m., this means that the time of Ibrād (cooling down) may be valid until nearly 4:00 p.m.” (Al-Mumti‘ 2/104).
Ibrād is general, for one who is praying in congregation, and for one who is praying alone. This is the correct opinion that was adopted by Shaykh Ibn ‘Uthaymeen, may Allāh have mercy on him. This includes women too, because the Hadeeth of Abi Hurayrah (ABPWH) is general and did not specify a gender.