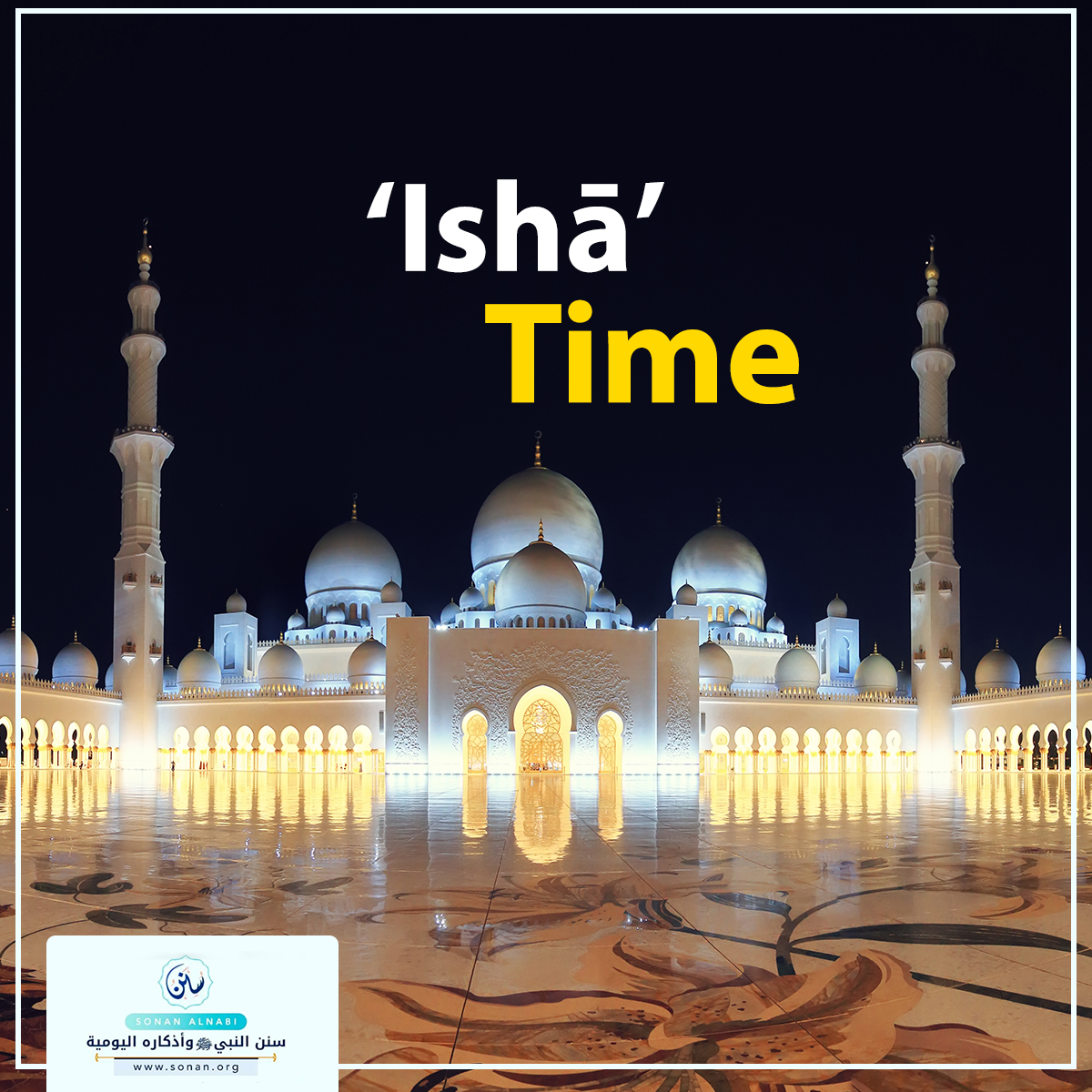 1- Talking and gatherings are disliked after ‘Ishā’ prayer.
This is proven by the previous Hadeeth of Abi Barzah Al-Aslamiy (ABPWH) in which he said, “... and the Prophet (PBUH) used to dislike sleeping before it and talking after it.”
Note: If talking after ‘Ishā’ is required for some need, then it is not disliked.

The reason that it is disliked to stay awake after ‘Ishā’, and Allāh knows best, is that one might oversleep and miss Fajr prayer, or miss night prayer if it was his habit to do so.

2- It is preferred to delay ‘Ishā’ prayer, provided no harm is caused by this delay to the followers of the Imām.

‘Ā’ishah, may Allāh be pleased with her, narrated,

“The Prophet (PBUH) stayed awake for a while one night until most of the night was gone and worshipers in the mosque fell asleep due to this delay. The Prophet (PBUH) then came out and prayed, and then he said, ‘It is its time now, had it not been difficult for my nation.’.”