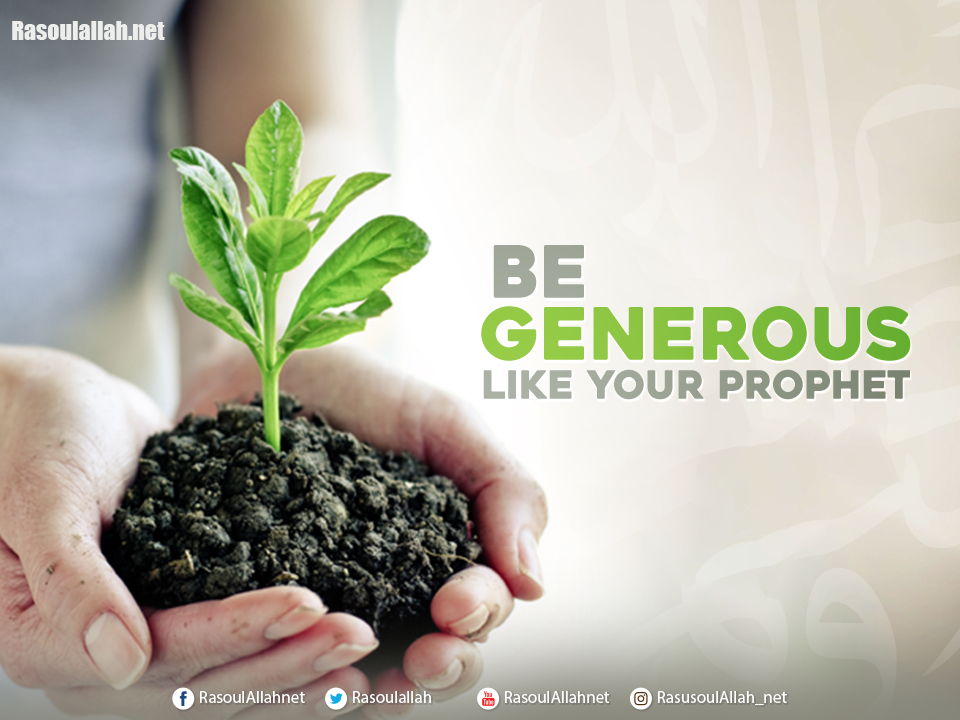 The Prophet, ,salllaAllahualihiwasallam, had an exemplary generosity.

In the Sahih books of  Al-Bukhary and Muslim on the authority of Jabir, may Allah be pleased with both of them, said:

never was the Prophet, salllaAllahualihiwasallam, asked for anything for the sake of embracing Islam but that he, salllaAllahualihiwasallam, would give it. One day a man asked him to give him sheep that covers the distance between mountains and he gave them to him. This man returned to his people saying: O people embrace Islam. Muhammed gives as if he does not fear poverty.