Is it not a soul?

Is it not a soul? 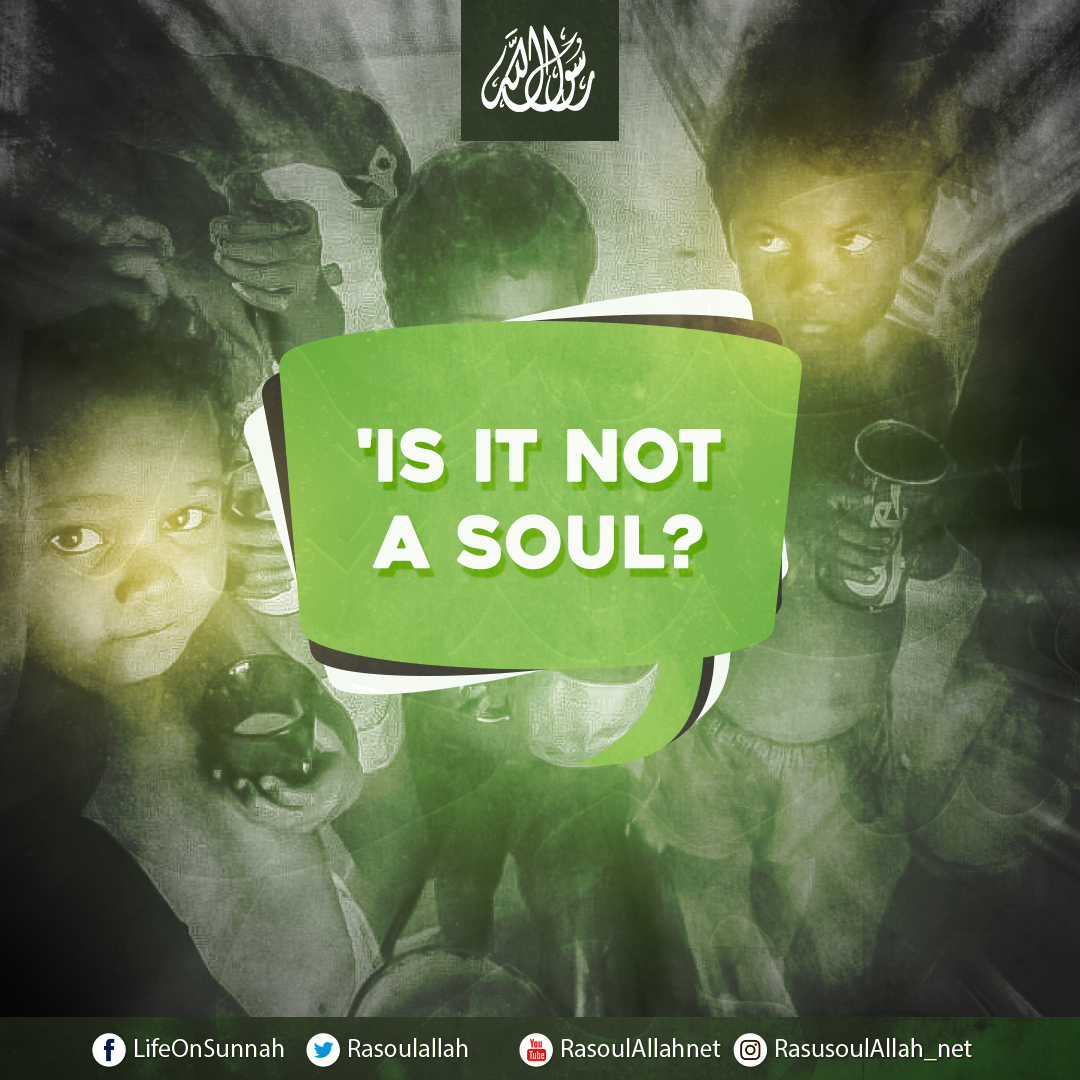 It was narrated that 'Abdur-Rahman bin AbiLaila said:

"Sahl bin Hunaif and Qais bin Sa'd bin 'Ubadah were in Al-Qadisiyyah when a funeral passed by them, so they stood up and it was said to them: 'It is one of the people of the book.' They said: 'A funeral passed the Messenger of Allah, salllaAllahualihiwasallam, and he stood up. it was said to him: It Is a Jew. He said: 'Is it not a soul?"'

This how he, salllaAllahualihiwasallam, respects the rights of the human soul even if it was for a Jew.

How would the world day convince us that they protect the human rights whereas they kills millions of souls out of hunger or due to wars for worldly purposes.