Sunan of Dress and Adornment

Sunan of Dress and Adornment 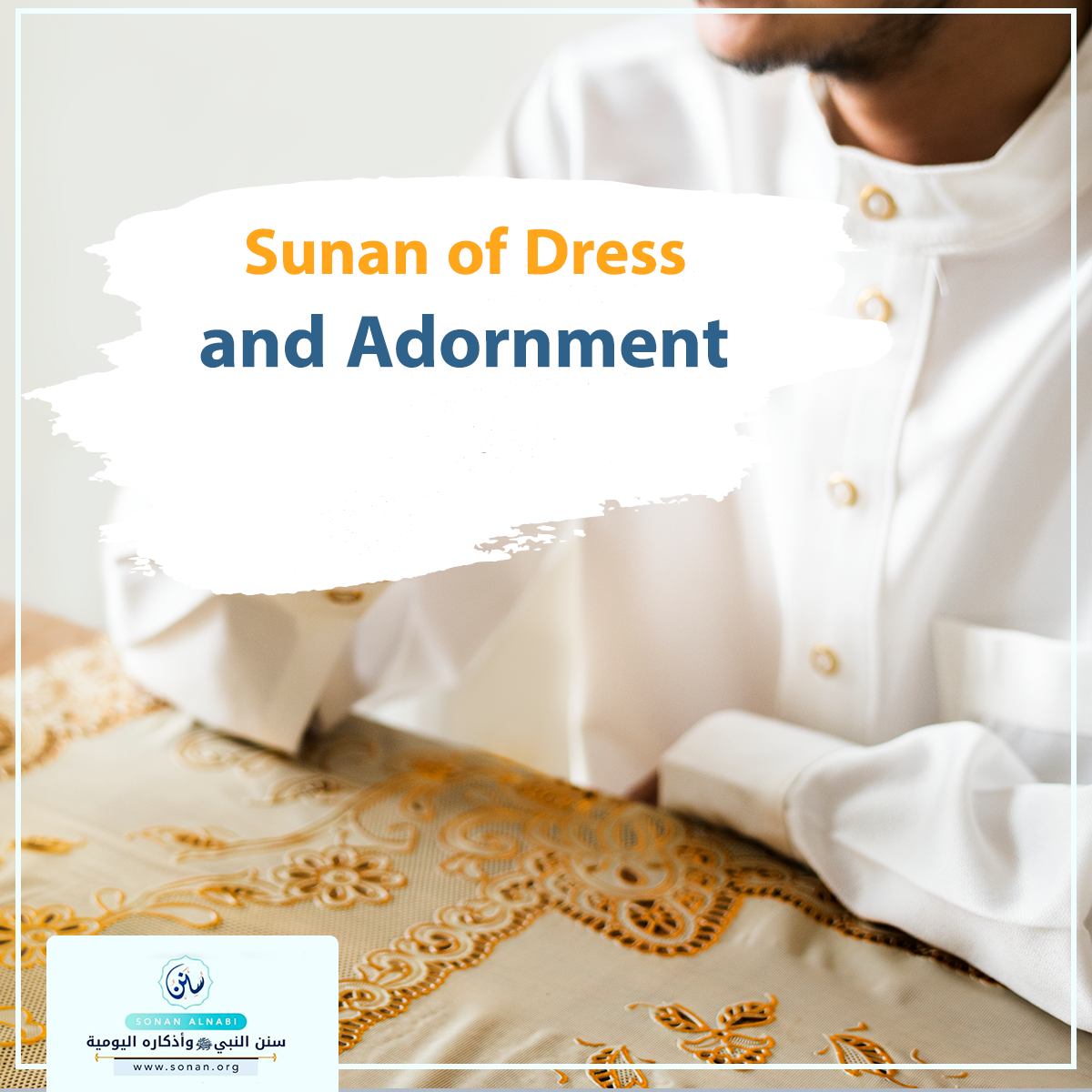 Imām Muslim reported the Hadeeth of Abi Hurayrah (ABPWH) in which he narrated that the Prophet (PBUH) said,

“One of you should not walk in one sole (i.e. sandal or shoe). He should rather put them both on, or take them both off.”

‘Wear white clothes, because they are the best of clothes, and use them for shrouding your dead.’.”

Shaykh Ubn ‘Uthaymeen, may Allāh have mercy on him, said, “White clothes for men include shirts, wraparounds, and pants. However, if one wears another color, there is nothing wrong with that, provided that it is not something that resembles women’s clothes.” (The explanation of Riyādh As-Sāliheen, 2/1087)
3) Using perfume (for men).

the Prophet (PBUH) mentioned that one of the things that have been made dear to him among the pleasures of this world is perfume.

Moreover, ‘Ā’ishah, may Allāh be pleased with her, narrated that Allāh’s Messenger (PBUH) extremely disliked that any unpleasant odor should emit from him.” (Al-Bukhāriy no. 6972)

4) It is disliked to refuse a gift of perfume.

“The Prophet (PBUH) used to not refuse a gift of perfume.”

5) Starting with the right side when combing the hair.

‘Ā’ishah, may Allāh be pleased with her, narrated,

“Allāh’s Messenger (PBUH) used to like starting with the right side when putting his shoes on, combing his hair, purifying himself, and in all of his affairs.”